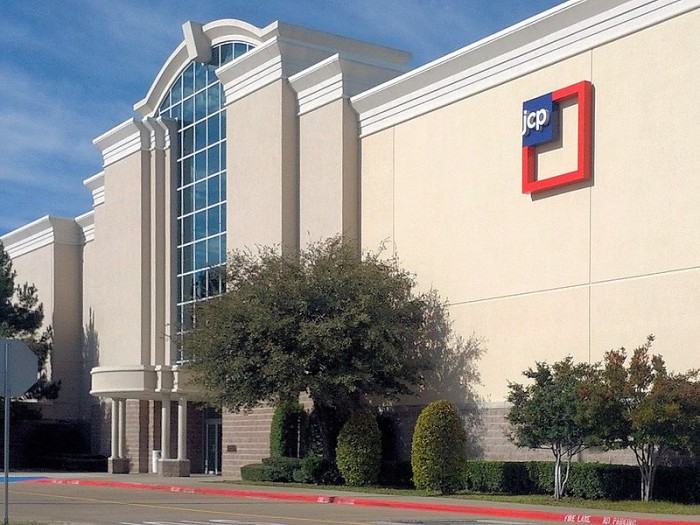 Above is a photo of a J. C. Penney Company, Inc. store during the Fair and Square strategy time period where the company changed the department store logo to a square with JCP. The photo is by Jonesdr77 at English Wikipedia on Wikimedia Commons and is released under a Creative Commons Attribution-Share Alike 3.0 Unported license.

During Fall 2018, I was tasked with completing a semester-long project for my Business Thesis class. The task for the entire semester was to research J. C. Penney Company, Inc and determine whether the company’s 2012 “Fair and Square” strategy failed because it was a faulty strategy or because of implementation failures. Fair and Square was a new strategy created by JCPenney’ s new CEO Ron Johnson and his team to reinvent the company and help it break out of a sluggish sales trend that the firm had been experiencing. JCPenney ended its coupon sales (high-low pricing) strategy and implemented a three-tier pricing strategy that included an everyday price, monthly value price, and best value price. The company also redesigned its department stores as part of the Fair and Square program. At the time, the company felt that it was being fairer to its customers with the new pricing tiers. The strategy ended up being a major disaster for the company as the company had a 25 percent sales decline during 2012 and has seen its sales decline continuously since then. In addition, JCPenney’s stock price has declined over 90 percent since Fair and Square was launched as a result of the decline in performance at the firm.

After performing in-depth research, it became evident that J.C. Penney’s strategy was faulty. The reason for the strategy’s failure was mostly due to one factor that had not been directly identified by most industry observers. The company’s strategy misstep was that Fair and Square raised prices for most of JCPenney’s customers. Ofek and Avery’s J.C. Penney’s Fair and Square Pricing Strategy case study (Harvard Business School) mentioned that the average selling price of a t-shirt at JCPenney was $5.99 and the retail MSRP was $13.99. Under the Fair and Square strategy, a t-shirt had an everyday price of $7, a monthly value price of $6, and a best value price of $4. During the first quarter of 2012, the firm sold 67 percent of its items at the everyday price according to Zumda’s AdAge article, which is higher than the average price it sold a t-shirt for before the strategy was implemented. The company had effectively raised prices and its customers were not happy about it according to several surveys. Morgan Stanley’s survey showed that customers felt that J. C. Penney no longer offered great prices and deals. Even with the results of the survey, the company stayed the course with the strategy through 2012. The company may have decided to stick with the strategy because a survey by Deutsche Bank showed that their prices were still lower than the competition when compared with a basket of goods. The problem with that type of survey is that they likely did not account for the timing of promotions were other retailers could then beat JCPenney on pricing. Customers can time their purchase of goods from department stores because most of the items they selle are not goods that are needed on an everyday basis. In addition, J.C. Penney had been selling items at a lower average selling price than the two main pricing tiers that they had under Fair and Square.

There were also some implementation failures by the company that included no market testing, a misunderstanding of the company’s position within the industry, communication problems, and staying the course with the strategy.

Fair and Square created a situation where the company started seeing large sales declines. The company’s financial situation deteriorated significantly over the next several years and it's stock price has declined over 90 percent since. Fair and Square was a strategy that was defective because JCPenney failed to understand its core customers.

In the presentation below, you view a complete overview of my findings and recommendations for JCPenney.

You view a complete overview of my analysis of JCPenney’s Fair and Square strategy in the PowerPoint presentation below. The presentation has been converted to a PDF file to make it easy for everyone to view. 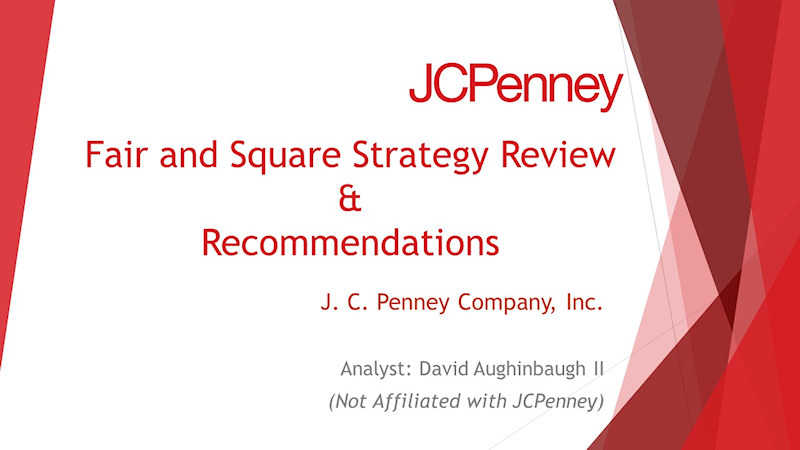 Click on the JCPenney Fair and Square strategy slide above or here to view the PowerPoint Presenation in PDF format.