In an unprecedented turn of events, the United States and the world economy has been turned upside down. Economic activity has been almost halted to a stop as the result of multiple governments' actions to require people to stay home. As a result, millions are now unemployed and companies are closing temporarily. Will the job losses and closures be temporary, however? That is what remains to be seen.

Can the economy just restart after this major disruption or will there be significant friction when the shutdown ends? The U.S. economy has been inside of a mega bubble in the stock and bond markets. Debt has gone up during the recovery since the last financial crisis in 2008. The current situation has brought the economy to a halt and has burst the bubble in the stock market. The bond market bubble has also burst; however, U.S. Treasuries’ yields continue to decline. As of 4/7/2020, the trend has started to reverse. 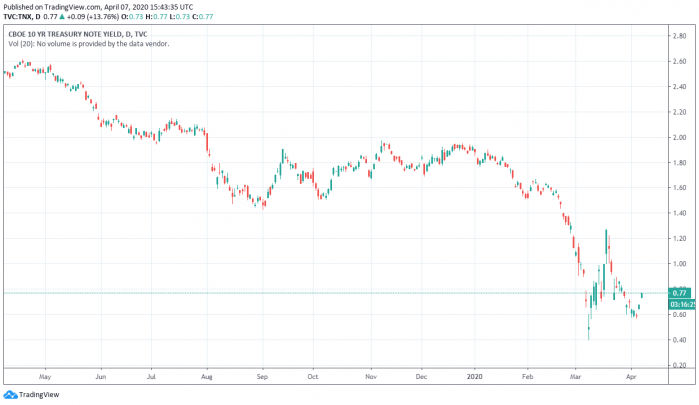 Companies that have been perceived to be among the strongest companies in the world are experiencing major disruptions to their businesses. The Walt Disney Company overall operations have been significantly affected and they will have to furlough many of their team members by April 19th. The commercial aviation industry has been decimated by the response to the virus. Delta Air Lines is burning through $60 million in cash each day and will have to make major cuts to its operations if its business does not return to normal levels in the next few months. Small businesses have been greatly impacted.

Businesses like Amazon.com and Walmart have been able to do well in this environment due to extreme rush to procure goods like toilet paper, hand sanitizer, and other household goods by consumers. How long will that last though? Even with the stimulus checks that households will be receiving, they may end up buying a reduced amount of goods as production has been impacted by the economic shutdown.

Stay strong in these unprecedented times.